skip to main | skip to sidebar

Today's guest post comes from the always inspiring Hannah Metz, a hair role model and fellow fan of film photography. Hannah blogs with her husband Landon and it was their beautiful corner of the internet that first planted in my mind the notion of having my own blog. She is one of the sweetest gals I know and wears a sparkly catsuit like no one else. Hello Fancy Fine readers! I thought I would share with you a little bit about my camera collection. My husband and I have always been snap happy but it wasn't until 2008 that we started playing with film cameras (previously playing solely with webcams, cheap digital cameras and polaroids). This is a mini history of our camera collection!

The Pentax K1000 was our first film camera because it's an incredibly simple manual camera and perfect for film beginners. It's pretty much the camera that your moms, dads, uncles and aunts were toting around on their exotic vacations and graduations. I love this camera, it will forever be my favorite.

The photo above was from our second roll shooting with the Pentax. Our scanner had previously been used only for art purposes and had a smear of pastels that added a bit of (perhaps too much) atmosphere to our photos. 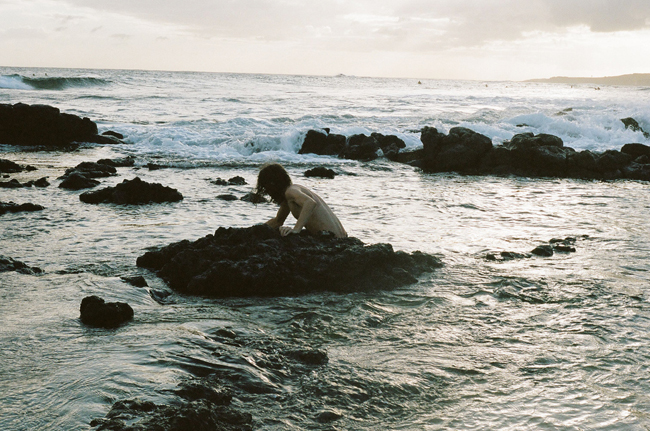 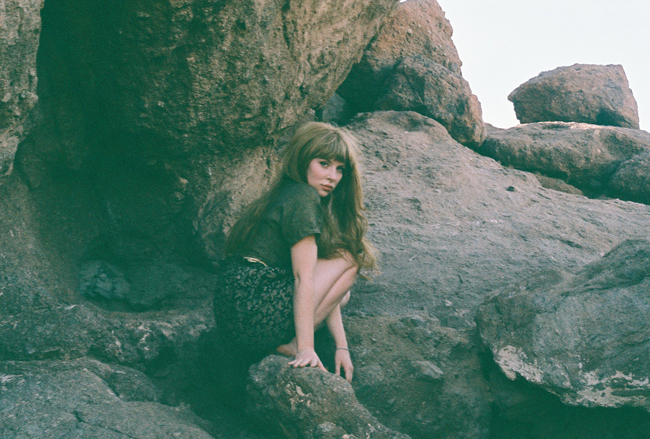 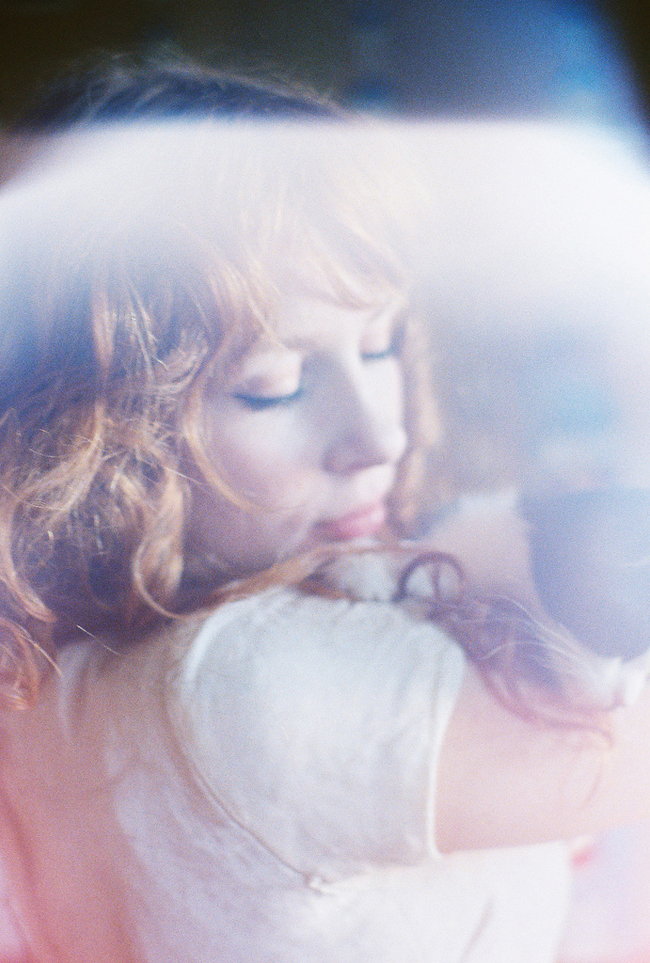 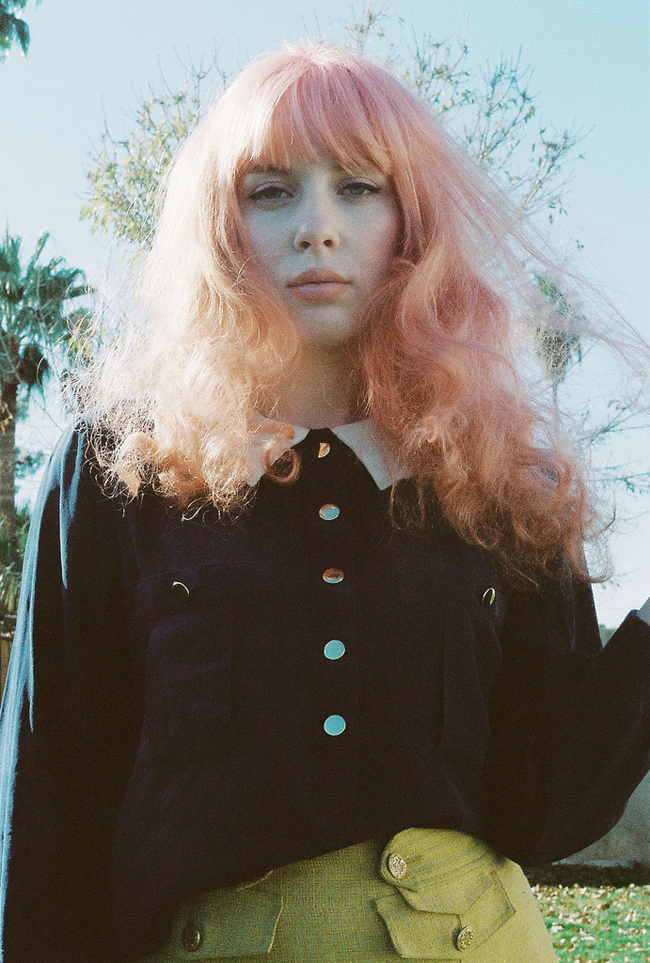 It handles both excessive texture and close crops equally brilliantly.

The second camera we acquired was a Rollei 35 which turned out to be, perhaps, a little too ambitious for our amateur ways. A noble attempt was made... 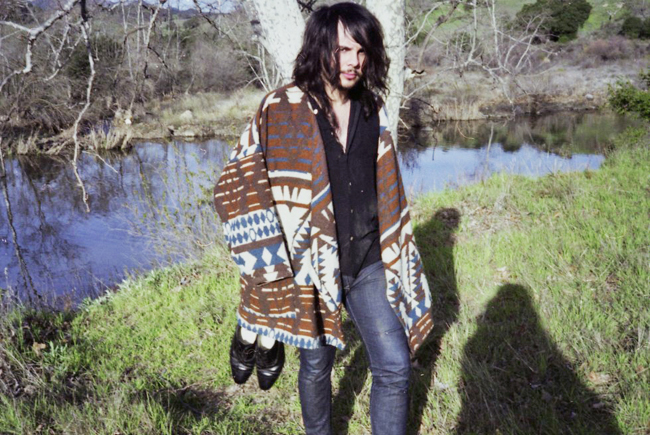 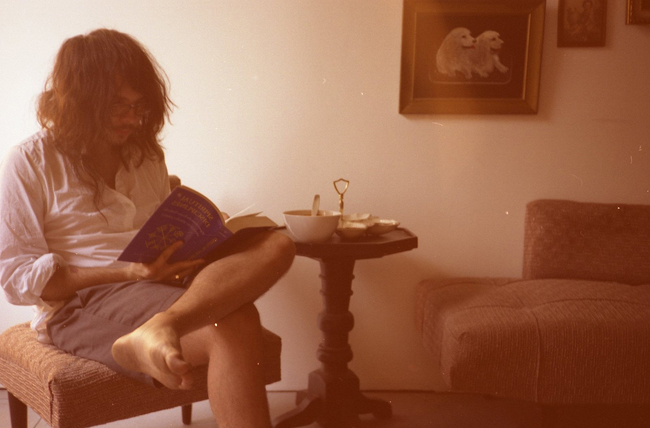 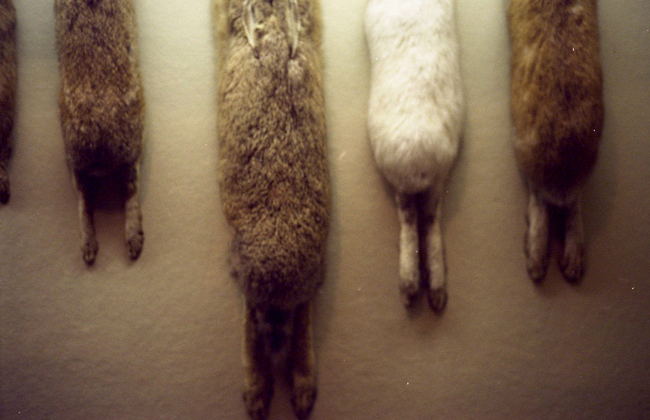 Our third camera was the ever popular Yaschica T4. We spent a jovial summer with this feller. Our first summer in New York is remembered through his little lens. 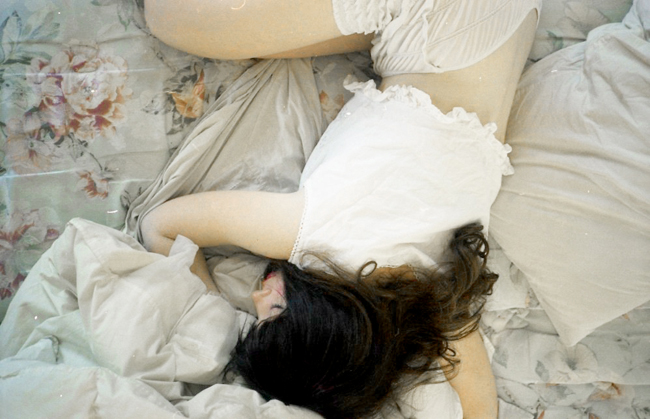 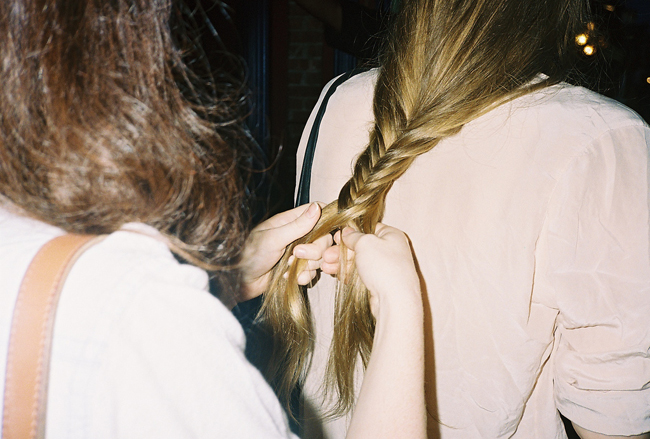 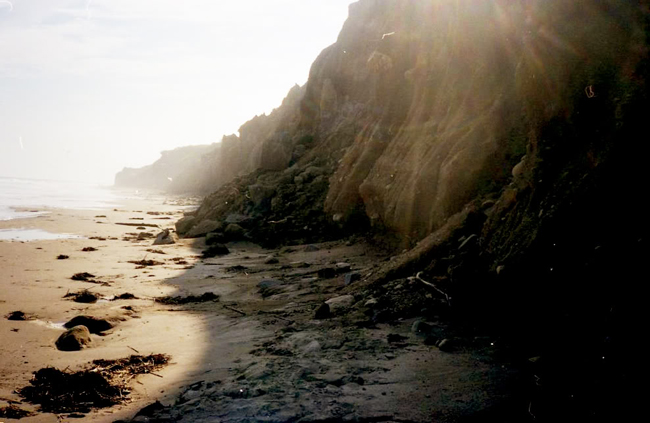 The Yaschica makes everything look so smooth and soft!

We dabbled a bit with a disposable camera after both of our T4s mysteriously stopped working. The results were shockingly pleasing! 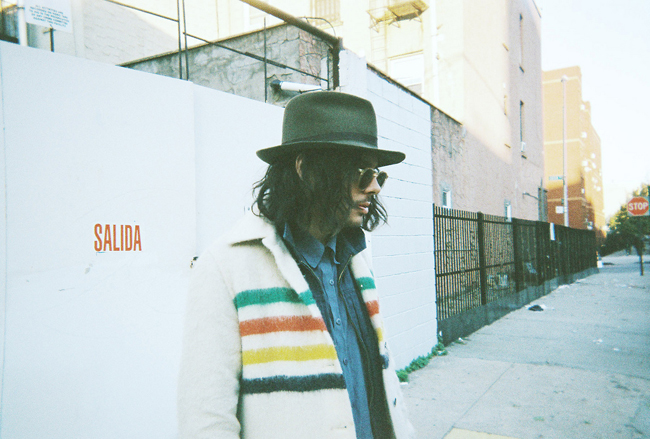 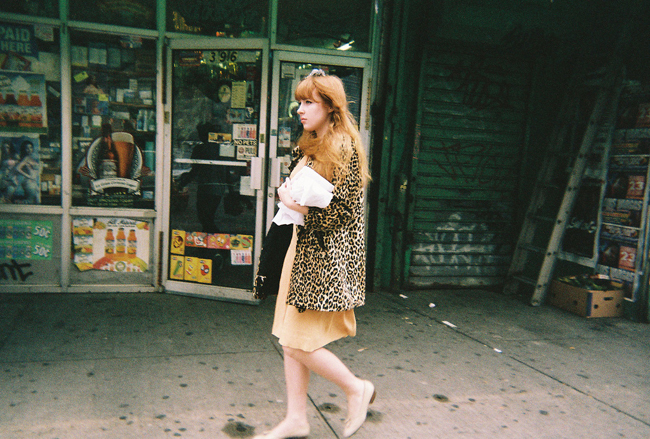 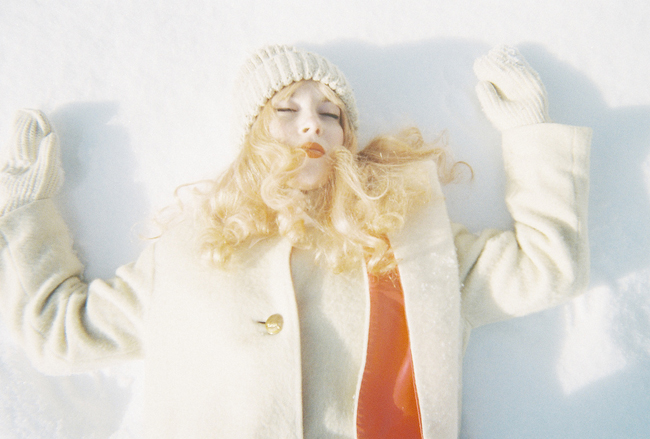 And finally, just this past month, I received the ever coveted Contax G2 as a gift for our sixth year of marriage! We're still learning the ins and outs of this model but I am already achingly in love with it. It performs best with a flash, which is new for us! 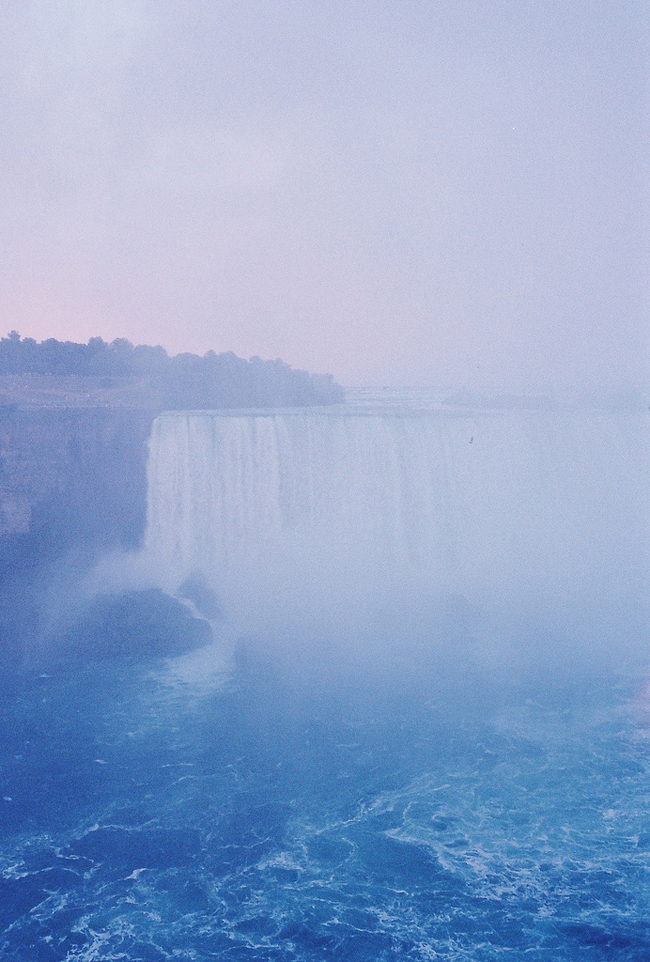 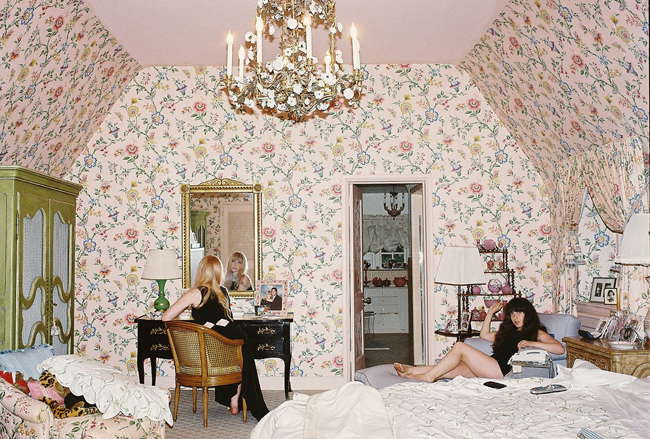 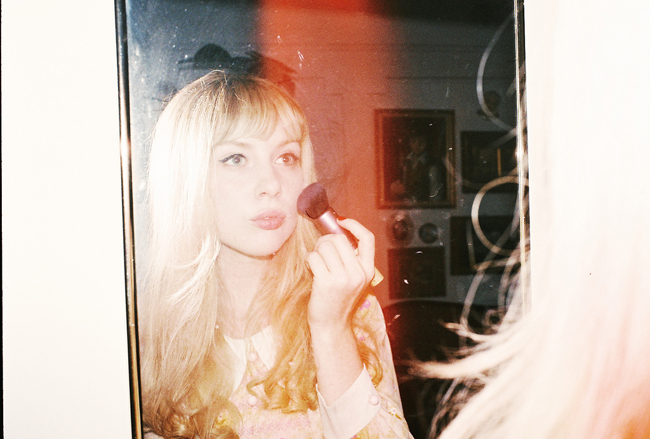 And there you have it! All my camera secrets spilled for you! Do you have a favourite film friend that goes everywhere that you do?

Lovely post Hannah! I wish I could dabble in film more but it seems so spendy, maybe oneday! But now I know what my first camera will be :)

oh i'm in love with your pictures!

Incidentally, the Pentax K1000 IS my camera of choice. And it was given to me by my father as a replacement for an earlier Pentax model that he indeed photographed his 1970s vacations with. I find it a bit heavy, so I can't always have it on me, but I always make sure to have a disposable camera in my bag. Also, after seeing photos taken with a Kodak Pony on Blooming Leopold, I'm really tempted to get one for myself of ebay... I'm a big fan of your photography, and I find really interesting to learn about the technical side of those fantastic images!

Inspired me to start using my camera again :-)

What beautiful photos! I keep meaning to delve into film cameras. Maybe I'll pick up a disposable camera to start me off. I lived by those babies in 2005!

I love your photos because they're full of inspiration and style. Sometimes when you see a magazine's photoshoot you don't feel anything, because it's too light, too weak, too... nothing. I think it's really difficult to get that ethereal spirit without loosing all colour. You definitely have a great taste. Congratulations.

@Sarah Dee: Thank you! It's not too bad actually! We purchase our film for fairly cheap (sometimes as low as three dollars a roll) and have them scanned at walgreens for under 10 dollars. Before our scanner broke we were able to scan them ourselves which brought the cost down even more! It can certainly be an expensive hobby but a worthwhile one for the memories recorded! Which camera will you be picking?

@Camille: Haha, I always tell people that it's a mom and pops camera & Thank you!

@Becky: Thank you! Definitely do it! It's such a fun and rewarding thing to do!

@Mirash: Thank you so much! I think what some fashion photography loses is its sincerity which is something that is abundant with personal photography!

And finally thank you miss Ashley for hosting this entry and for the super sweet words! I hope you're enjoying your east coast august! Come visit soon! xox

I have a canon AE-1 which goes everywhere with me, I have shot some awesome stuff on it and it's light enough to be handy. I also have a rollei tlr which is a bit more awkward but deadly as it gives beautiful square photos. I only shoot film (except for my phone!) and I absolutely love it, worth all the money it costs (though I never notice the money cause I love it so much and it's do worth it!).

I have a yashica T1, it's my favorite! Great photos ;)

Aha! This post is lovely, I was always curious of what camera's you use. Obviously the camera's do help, but your and Landon's eye for beauty are what make the pictures so wonderful. xx

loved this - such beautiful photos. I have K1000 as well! My bf has an old Nikon F series. I love film but it is definitely a bit more challenging that digital. trial and error, indeed! 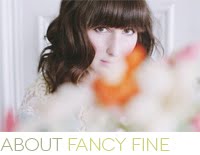